Falcon Studios says: Dustin Holloway and Paul Canon have been making eyes at each other all weekend, but so far they haven’t acted on it. As they strip down to their white briefs and step into the hot tub, they trade a knowing glance. Their feet touch at the bottom of the spa, and their cocks swell in their wet briefs.

Exiting the tub, Paul lies down on an outdoor lounge chair and Dustin straddles him. Lowering himself down, Dustin sits on Paul’s cock and goes for a wild ride. Paul’s huge balls, hanging low in the summer heat, rise and fall as his body throbs with sexual excitement.

Flipping to missionary position, Paul grabs Dustin’s cock while simultaneously fucking his hole, and the sensation brings Dustin to climax, drenching his stomach in puddles of semen. 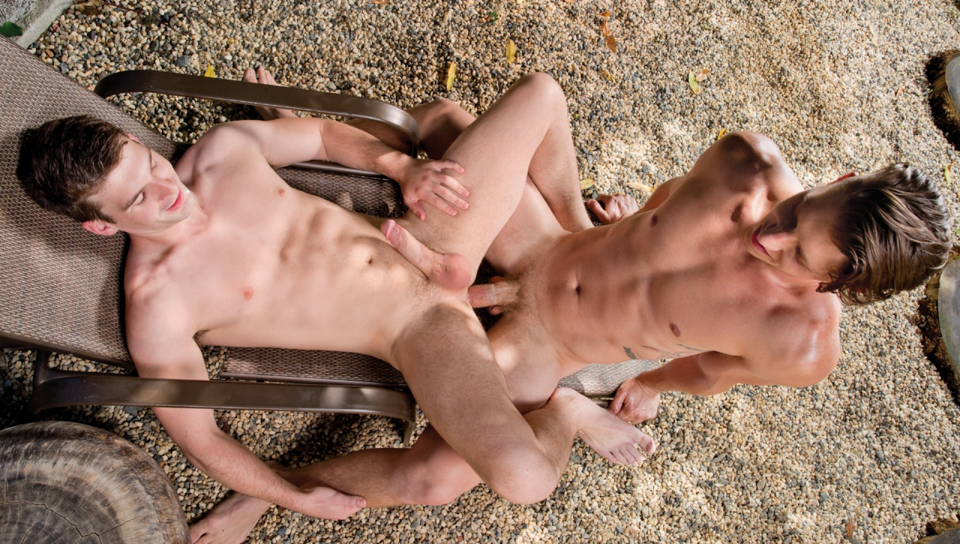