Their eyes meet, and suddenly they burst into frenetic kissing. Stripping off their spandex biking gear, Rod gets down on the ground and works his lips around Ryan’s huge cock. Spit drips everywhere as Ryan thrusts his hips, pushing his meat deep down Rod’s throat.

Ryan gives Rod head too, then spins him around to eat Rod’s perfect, pink hole. Ryan’s saliva smears across Rod’s furry butt, enabling Ryan to slide his cock right through. Looking over his shoulder, Rod’s mouth drops open with amazement as he feels the intense pleasure of Ryan’s cock filling him up.

Moving to a seated position let’s Rod show off his strong legs as he bounces on Ryan’s stiff pole. Rolling onto his back, Rod puts one leg in the air and Ryan unleashes the full power of his energetic fucking. The intense sensations makes Rod blow his load across his washboard abs, and Ryan adds his own gushing stream to the mix.

Sighing with satisfaction, Ryan explains that ‘Urban Spokes’ isn’t just a messenger company, it’s also a secret sex club where hot riders like themselves can hang out and get off. 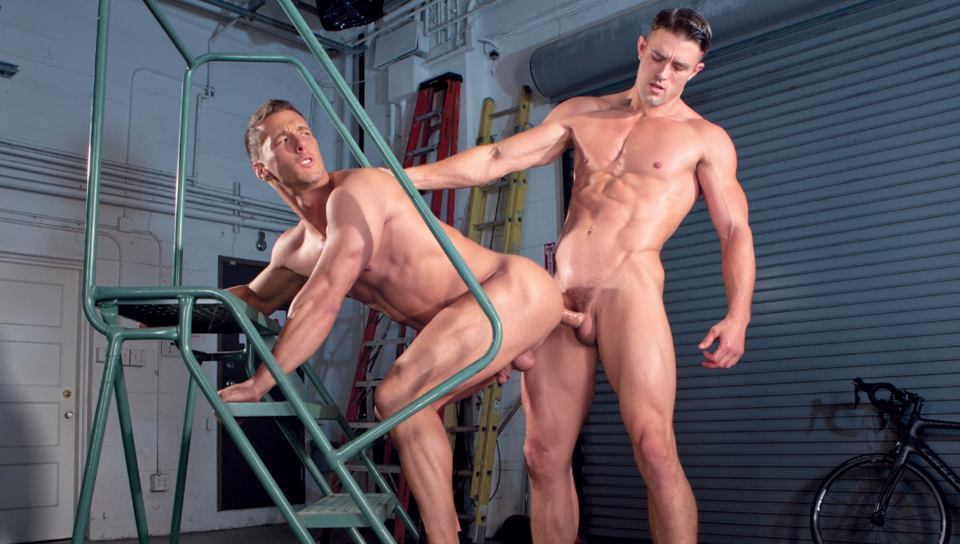