Staxus says: After a hard morning’s work, David Sky is ready for a break, but being the kind of guy that he is, it doesn’t take many moments before his mind is wandering to thoughts of how he can pleasure that thick, uncut cock of his.

Glancing around him to ensure that no-one can see, he promptly pulls the aching shaft out of his overalls and begins to tug on the meaty rod for all he’s worth. What he doesn’t realize, however, is that there’s a Peeping Tom on the prowl in the shape of the ever-horny Mike Cole; who promptly saunters into eye-shot under the pretense of shoveling sand under the midday sun.

It’s a bold move for a skinny twink, that’s for sure; but nowhere near as adventurous as what follows next, when he bundles himself up into Sky’s seat and reveals to his workmate that he’s seen the guy, once again a picture of innocence, having a wank.

Again, it’s a daring move, and one that gets its very just reward, as Sky bundles his mate against the side of the excavator and first rims and then pounds the young lad’s arse. What’s more, what ensues is a truly imaginative display of red raw fornication; with Cole fucked in a whole series of positions (even on top of the digger itself), which ultimately sets him jizzing into the dirt.

All nicely rounded off by Sky furiously spunking all over his pal’s face.

All the Staxus updates right here!

Face Down Ass Up 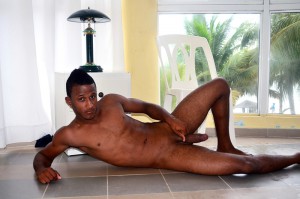