Mathias pulls his big dick out of Ryan Jordan and jacks his nut all over him making Ryan explode!……

Active Duty says: These two hot studs begin in classic fashion by spreading out with their cocks out. They start stroking their big dicks until Ryan Jordan wraps his mouth around Mathias’s thick veiny dick. Ryan deep throats the hell out of Mathias until the tables turn and Mathias has his mouth all over Ryan’s big dick.

Mathias loves to get a hard cock deep in his mouth before he begins fucking. The under shot is amazing as we see every inch slide in and out of Ryan. Ryan can’t believe how great Mathias feels deep inside of him. He continues to moan with every thrust from Mathias veiny throbbing cock.

Mathias fucks Ryan in a few positions all over the bed and you can see his sexy tight bubble butt tense up with every deep push into Ryan.

See Mathias has his mouth all over Ryan Jordan’s big dick here! 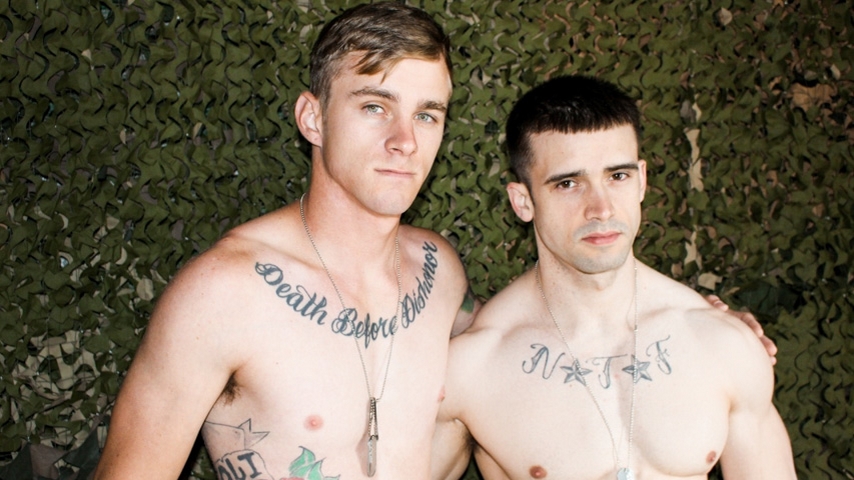 See Mathias has his mouth all over Ryan Jordan’s big dick here!